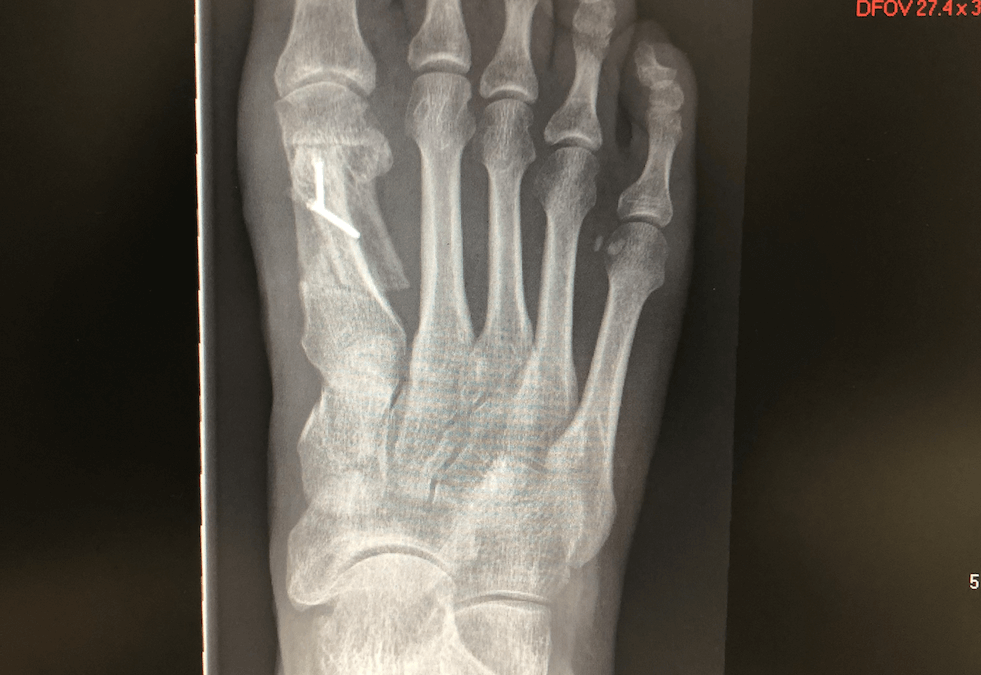 So it would appear that after decades of rugby, ultramarathons and Ironman races, all the training had finally taken its toll.

After a knee reconstruction and partial replacement in 2014, my foot was now causing me “significant” pain when I was rowing. In fact it even hurt to walk on.

As the training for the row has gradually built in intensity; the pain reached a point where I had to decide whether to tolerate being in substantial daily pain during my Atlantic crossing, or have an operation and take some time out of training, but then try to regain three months of lost fitness.

After speaking to a number of experts (Gus Barton, Angus Collins, Val Rawat etc.) I decided to get the operation done. Almost twelve months to the day before my solo Atlantic Row, I went under the knife.

The procedure involved firstly shaving off the calcified lumps called “bunions” off the side of the toes; secondly taking a “pizza slice” shaped wedge out of the distal metatarsals, finally screwing said metatarsals back together. 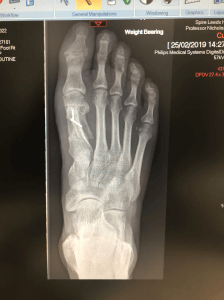 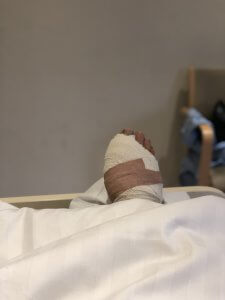 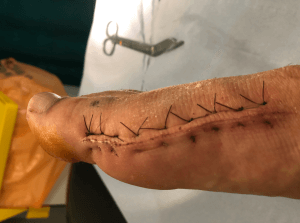 With a nod to @rossedgley and our conversation regarding adversity training, I decided not to take any pain relief at all. Waste-not-want-not, I saved up the Tramadol that I was prescribed, as this is conveniently part of the compulsory medkit for the Talisker Challenge.

Three months later, not only can I stand on the foot without pain, but I can put a lot of load through the foot. I just nipped into the gym to see how much power I can now put through it, and pulled 563 watts without a single twinge. Very happy with that! 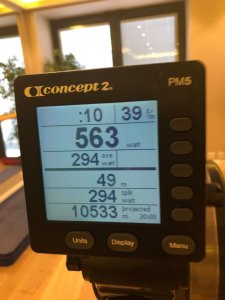